Crew of the Akron 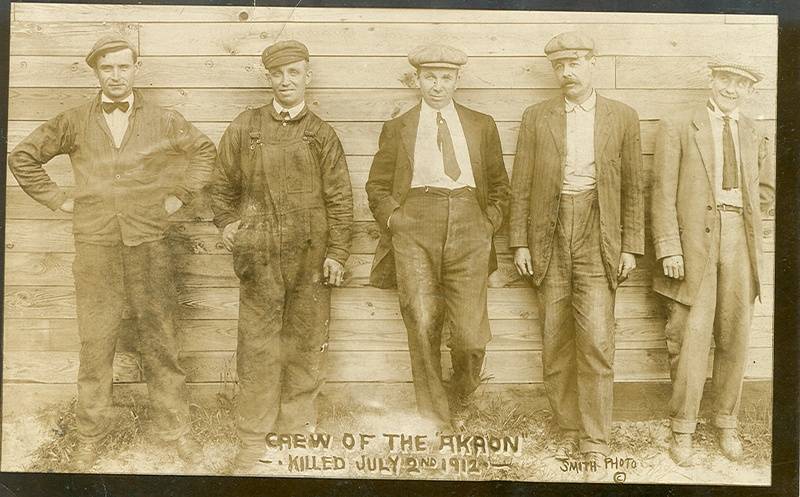 This photo postcard shows the men of the Akron Airship disaster. The men were killed in Atlantic City, NJ on July 2, 1912 when the airship exploded. The names of the crew members who died were: Melvin Vaniman, his brother Calvin Vaniman, Fred Elmer, George Boutlin and Alter Gest.