The Huntingdon County Historical Society held their first Civil War Living History Weekend on June 7 and 8, 2014 at the Huntingdon County Fairgrounds.   The event hosted various reenactment groups including members of Company C of the 53rd Pennsylvania Volunteer Infantry, Company C of the 125th Pennsylvania Volunteer Infantry, Battery B Artillery from Boalsburg, Dr. Hayden portraying a Civil War surgeon, the Aughwick Civil War Roundtable, and Irvin Myers the auther of "We Might as Well Die Here."

I have visited Gettysburg countless times, but have never really been to a living history event or even any sort of reenactment before.  So, this was all new to me.  My son was eager to visit with just the mention of guns.  It was hard to explain to an almost five year old what the Civil War was all about.  He wanted to know who the bad guys were.  I just explained it as there were no bad guys; just men with a difference of opinion trying to work everything out.  It was a sad time for everyone. 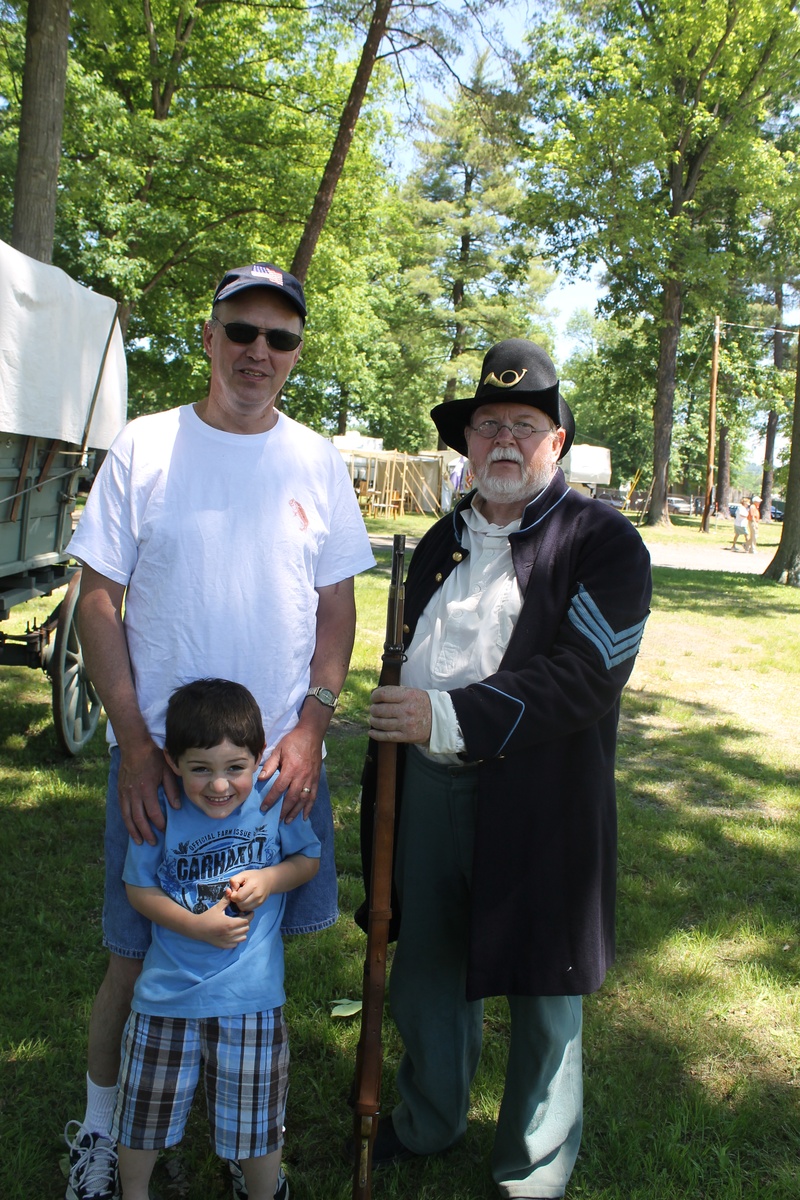 Here is a photo of my husband, son, and local reenactor, Bob Stewart. 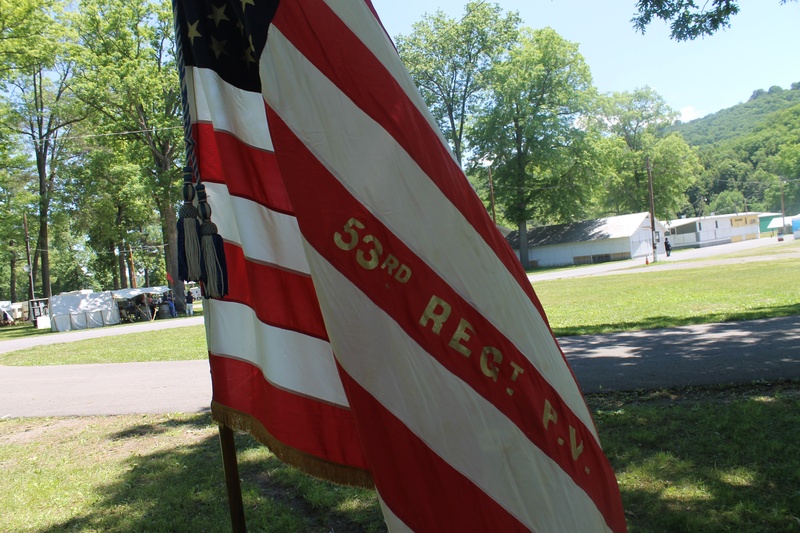 The flag for the 53rd at their encampment.

Mike Espenshade with Company C of the 53rd Pennsylvania Volunteer Infantry spent many hours at the Historical Society trying to learn more about the men from Huntingdon and Blair Counties who joined Co. C of the 53rd back in 1863.  He and his men have a genuine interest in learning more about the men they portray.  Their encampment was a popular spot for visitors who stopped to talk to the men and share information about their family members who had served with Co. C of the 53rd.  For me, two immediate names come to mind:  Samuel Wilson Norris and Matthew G. Isett. 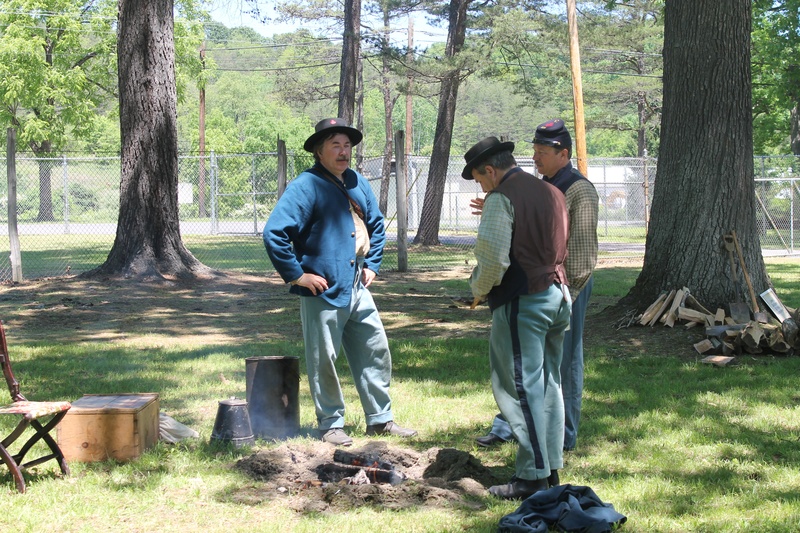 One piece of history on display from the Huntingdon County Historical Society was the GAR roster from Co. C of the 125th Pennsylvania Volunteer Infantry, often referred to as the "Bible Company."  I never realized how deeply rooted in Huntingdon County history this company was prior to the Living History weekend. 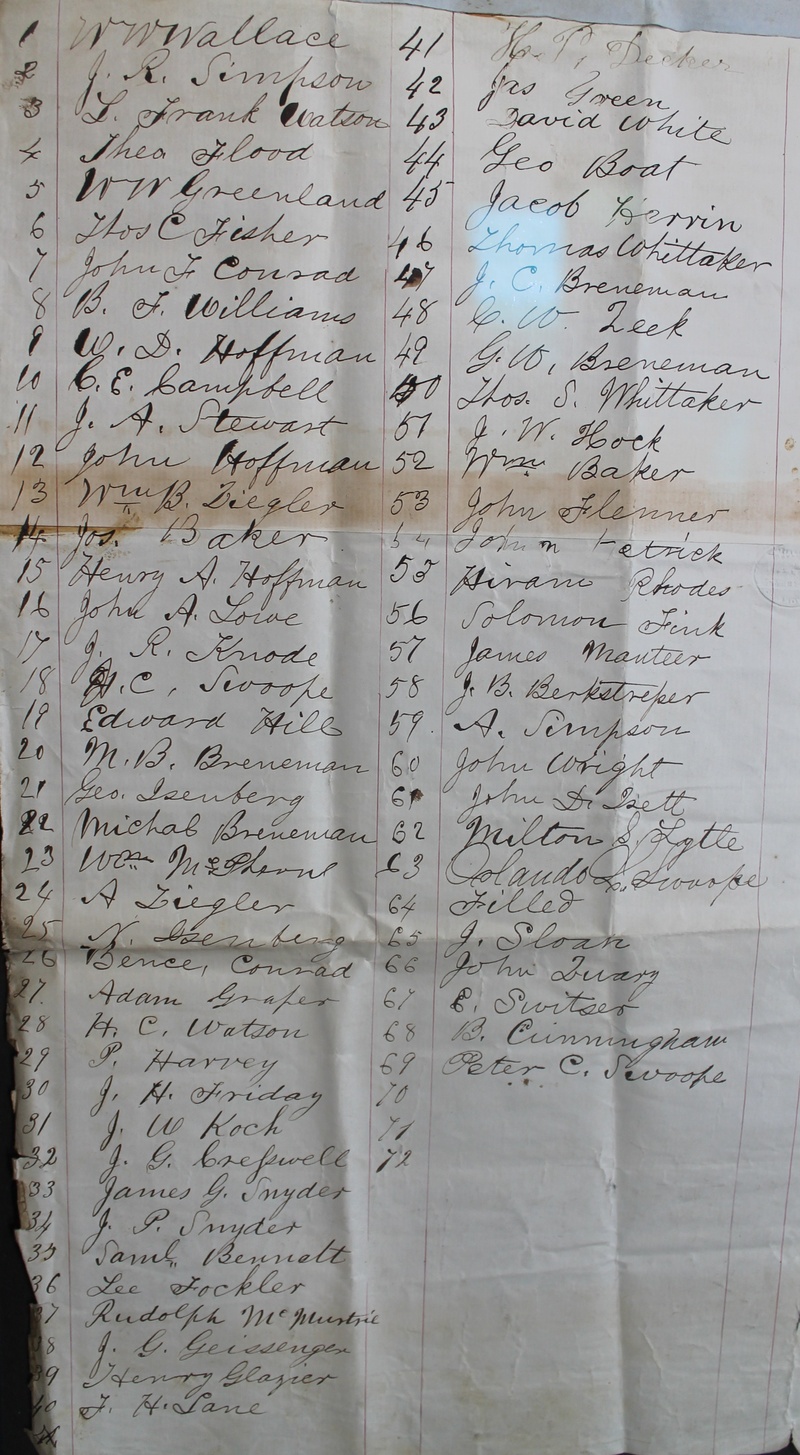 The sign-up roster for Co. C of the 125th was on display during the Living History Weekend compliments of Karl Lang.  The roster shows the local names.

After seeing the public interest in the local names of those who served in "The Bible Company," I have started a page dedicated to Company C of the 125th Pennsylvania Volunteer Infantry.  The page will chronicle the company's formation, movement, and battles, as well as list those who served in the company with some personal information on as many as possible.  As always, photographs are welcomed.  The photos can be linked to the individual names and group photos can be included on the page.  If you have photos to contribute or additional  information, please complete a Roll Call form for Co. C of the 125th.  I also created a new photo album titled Faces of the 125th PVI that contains photos and letters of the men from the 125th.

Finally, no Civil War Living History Weekend would be complete without the sound of cannons filling the air.  I think this was probably one of my son's most favorite parts of the event.  The men of Battery B did such a great job of answering his 50+ strange and completely random questions. 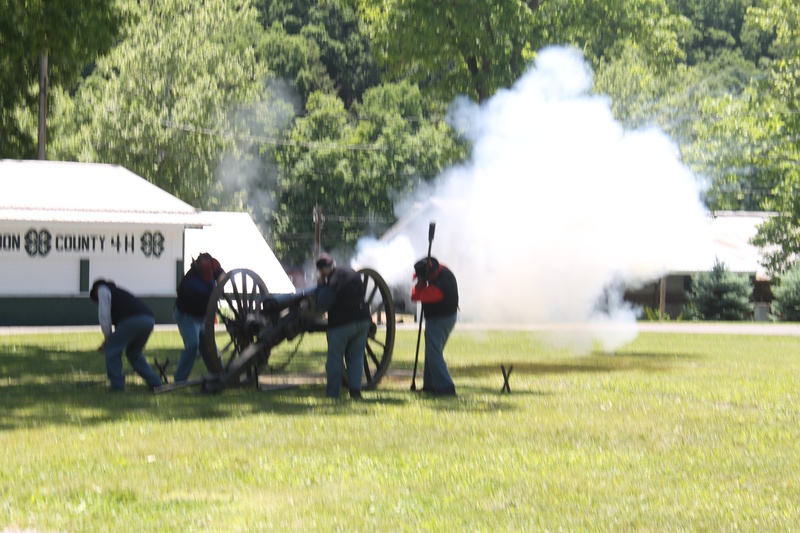 Overall, the Civil War Living History Weekend was very successful.  There is already another one in the planning for 2015 that will hopefully be bigger and better with calvalry and more hands-on activities and exhibits.  The goal is to then make this a biennial event.