Greetings from a CCC Hospital

Several weeks ago, I was contacted by Anita Palmer.  Her father, Albert F. Breitweiser, worked for the Civilian Conservation Corps at Camp S-61 Diamond Valley in Huntingdon County.

Albert joined the Civilian Conservation Corps in September 1933 and worked three terms of six months each before leaving the CCC.  At first, he worked as a laborer at Diamond Valley.  However, when the camp leader found out he had been an Eagle Scout and was well versed in first aid, he was put in charge of the camp hospital! 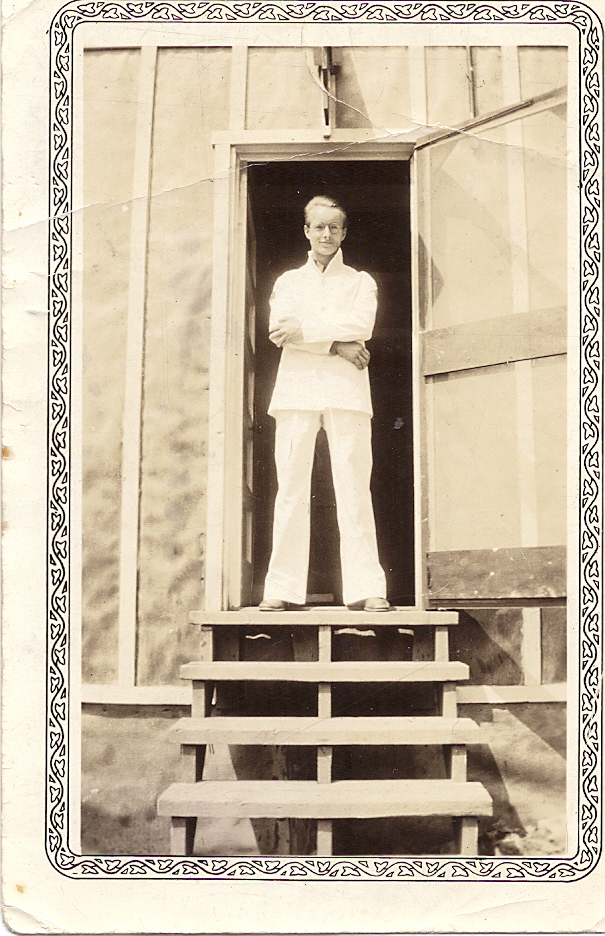 Albert Breitweiser is shown in the photo above in his hospital uniform, on the stairs of the camp hospital.

Albert kept a note book full of names and addresses of those who he worked with, or who visited the camp hospital.  Many of the names on the list include enrollees from Erie and Pittsburgh.  There are also some local names. 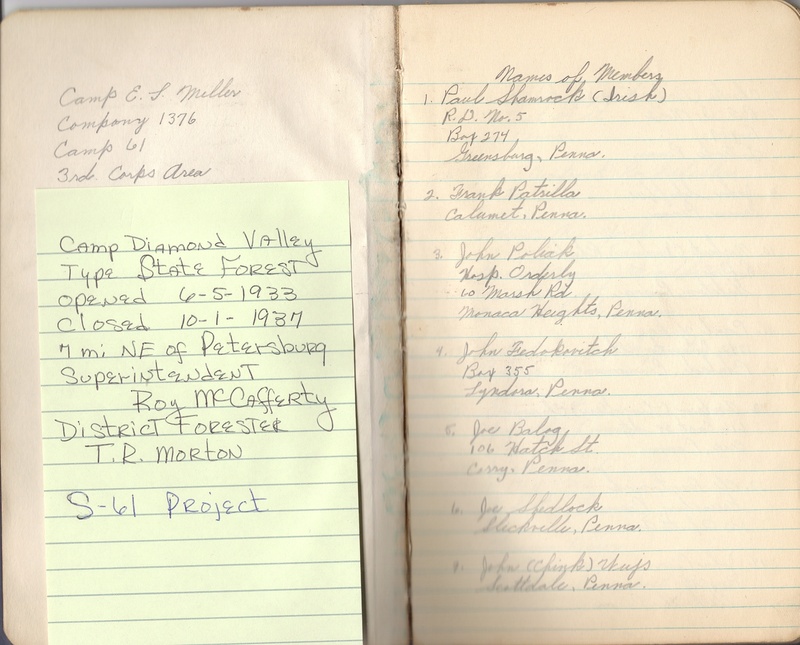 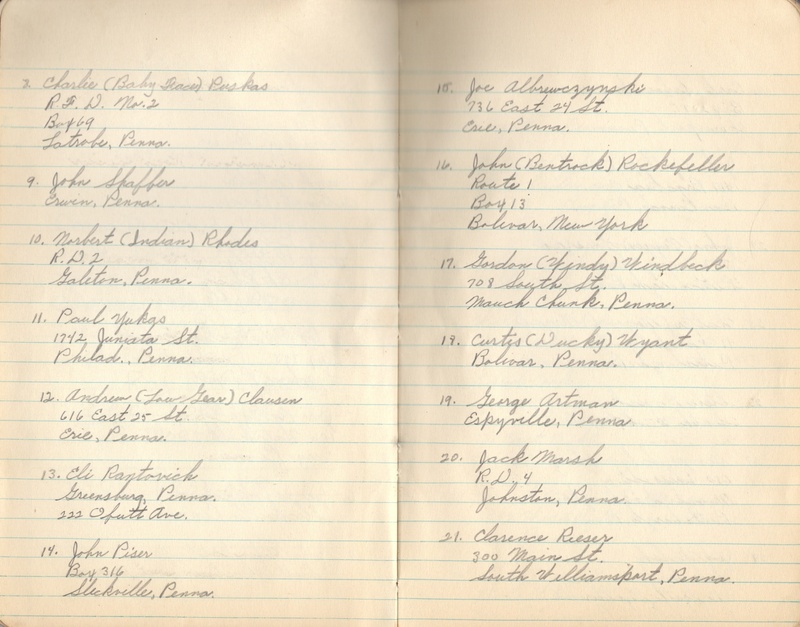 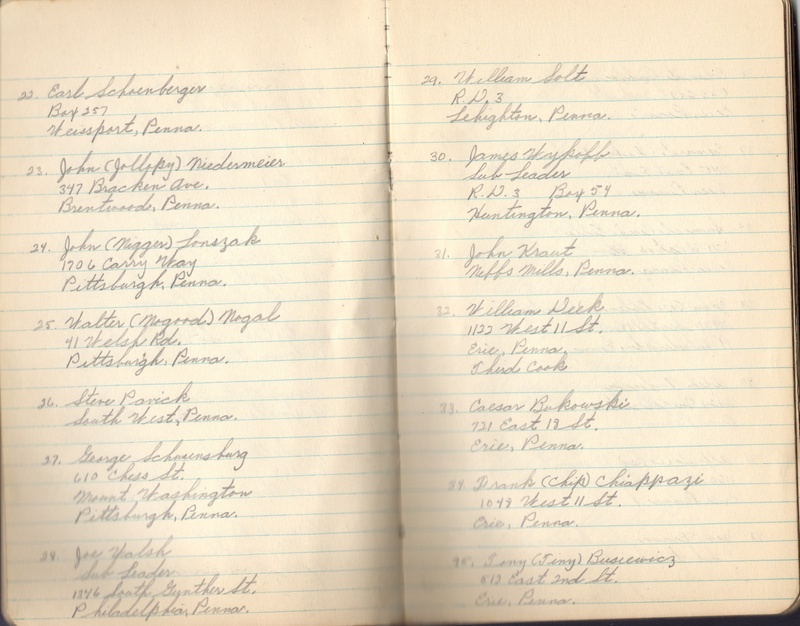 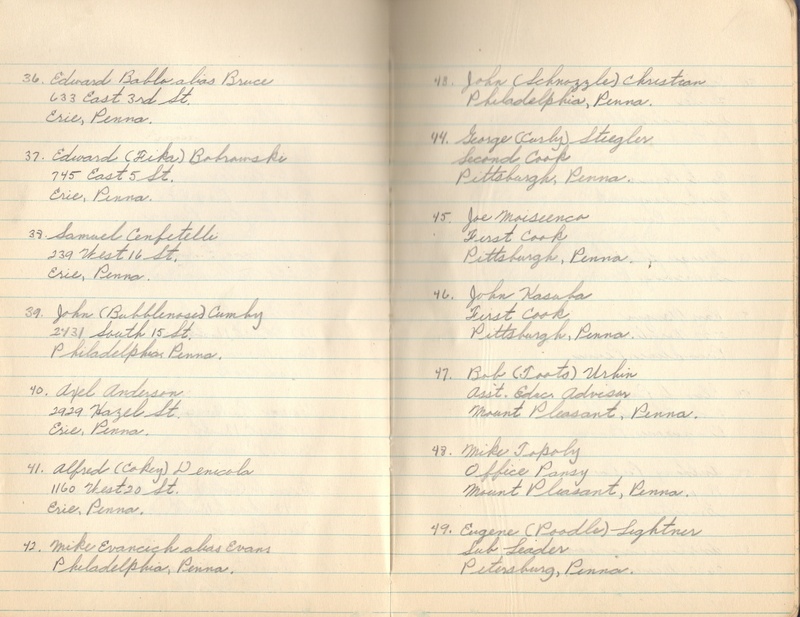 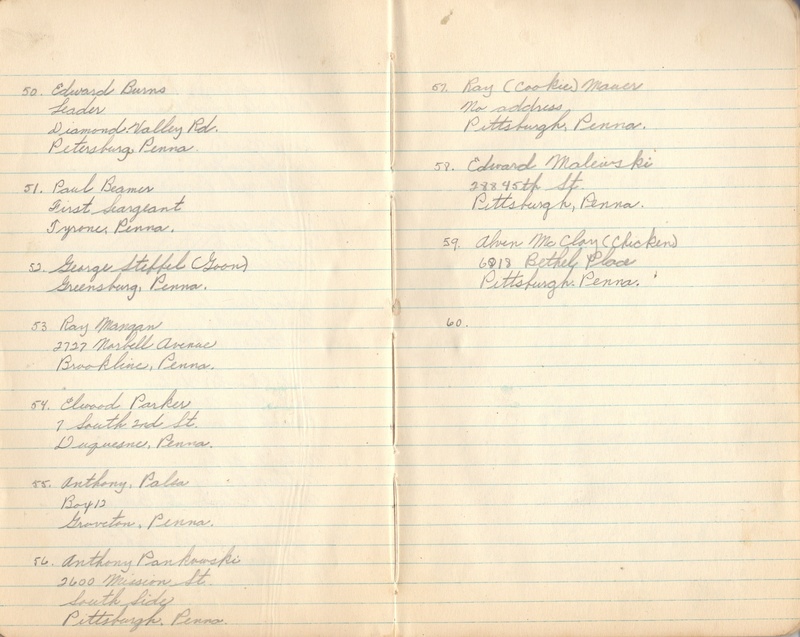 I have added the names from Albert's journal to the list of Civilian Conservation Corps Workers.

In 1983, Albert was interviewed by the Erie Times newspaper about his experiences working for the Civilian Conservation Corps. 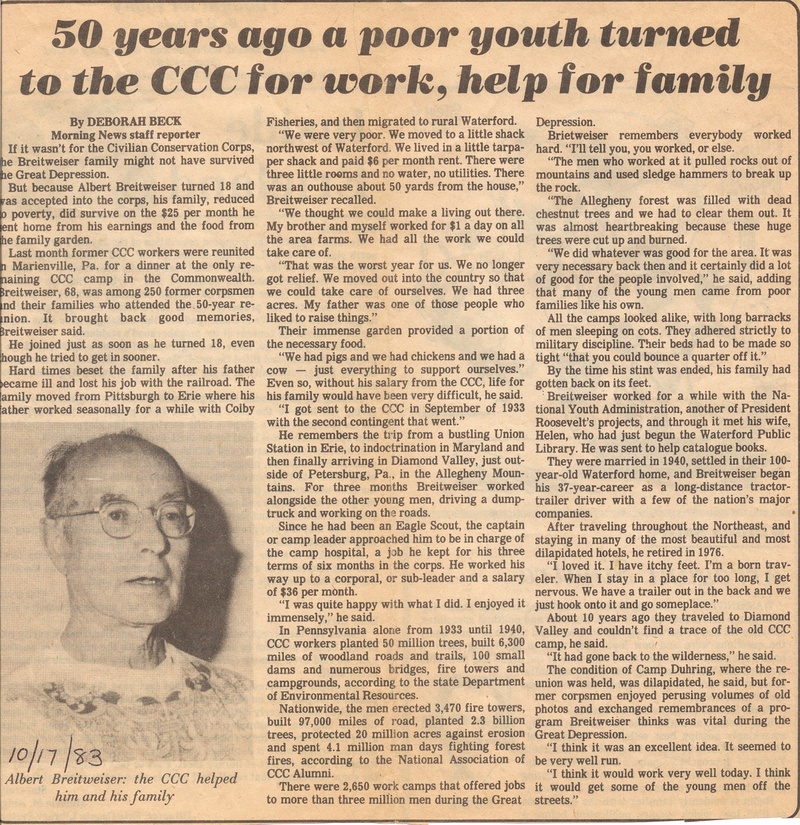 Anita also shared other photos that were in her father's collection from his days at Camp S-61 Diamond Valley.  You can see the photos in the Civilian Conservation Corps Photo Album, along with other submitted photos from the various camps in Huntingdon County.

In closing, much appreciation goes out to Anita for sharing her father's photos, memories, journal, and history.  If you know someone who worked for the Civilian Conservation Corps, anywhere in the US, please share his name using the CCC Roll Call form.  I am always happy to add new names and photos!